Genius Invokation TCG is a tightly-paced, heart-stopping tabletop card dueling game.
Utilize your decks by constructing them around Character and Action Cards, and go toe-to-toe with various opponents at the table!

Roll Phase
You will roll 8 Elemental Dice at the start of each Round.
After throwing these dice, you will have 1 chance to choose any number of Elemental Dice and reroll them.

Elemental Dice
Each Elemental Die is 8-sided and can roll any one of the following 8 elemental attributes: Cryo, Hydro, Pyro, Electro, Anemo, Geo, and Dendro, as well as the Omni Element, which can be regarded and used as any basic Element.
Various types of actions require Elemental Dice as payment.

Action: Switch Character
During your Action Phase, you can spend 1 Elemental Die of any type to switch your Active Character.

Action: Declare Round End
Once you have completed your actions in this Round, you can declare the Round’s end.
The player who declares this first will play first next Round.
Once both sides have made this declaration, this Round is over. Both players will draw 2 cards and begin a new Round. 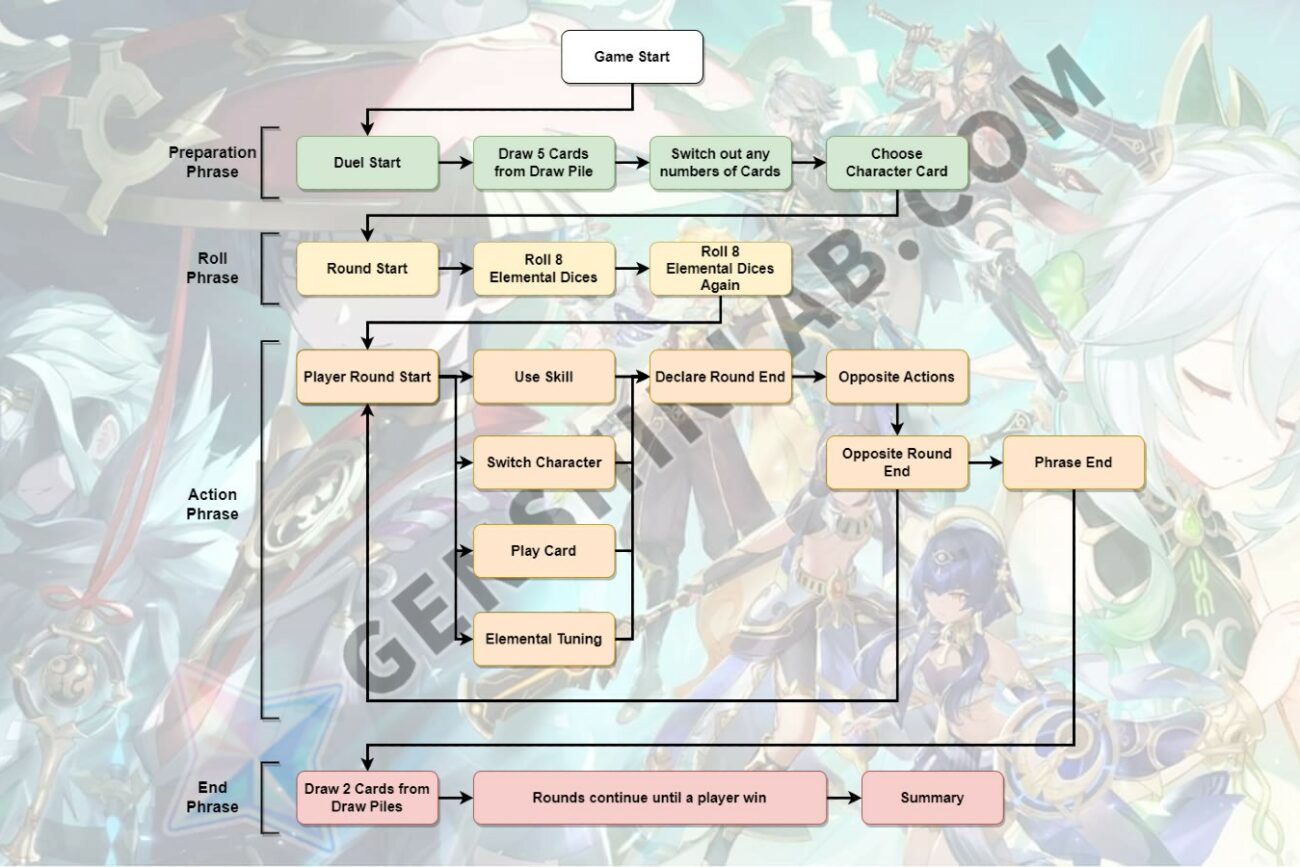